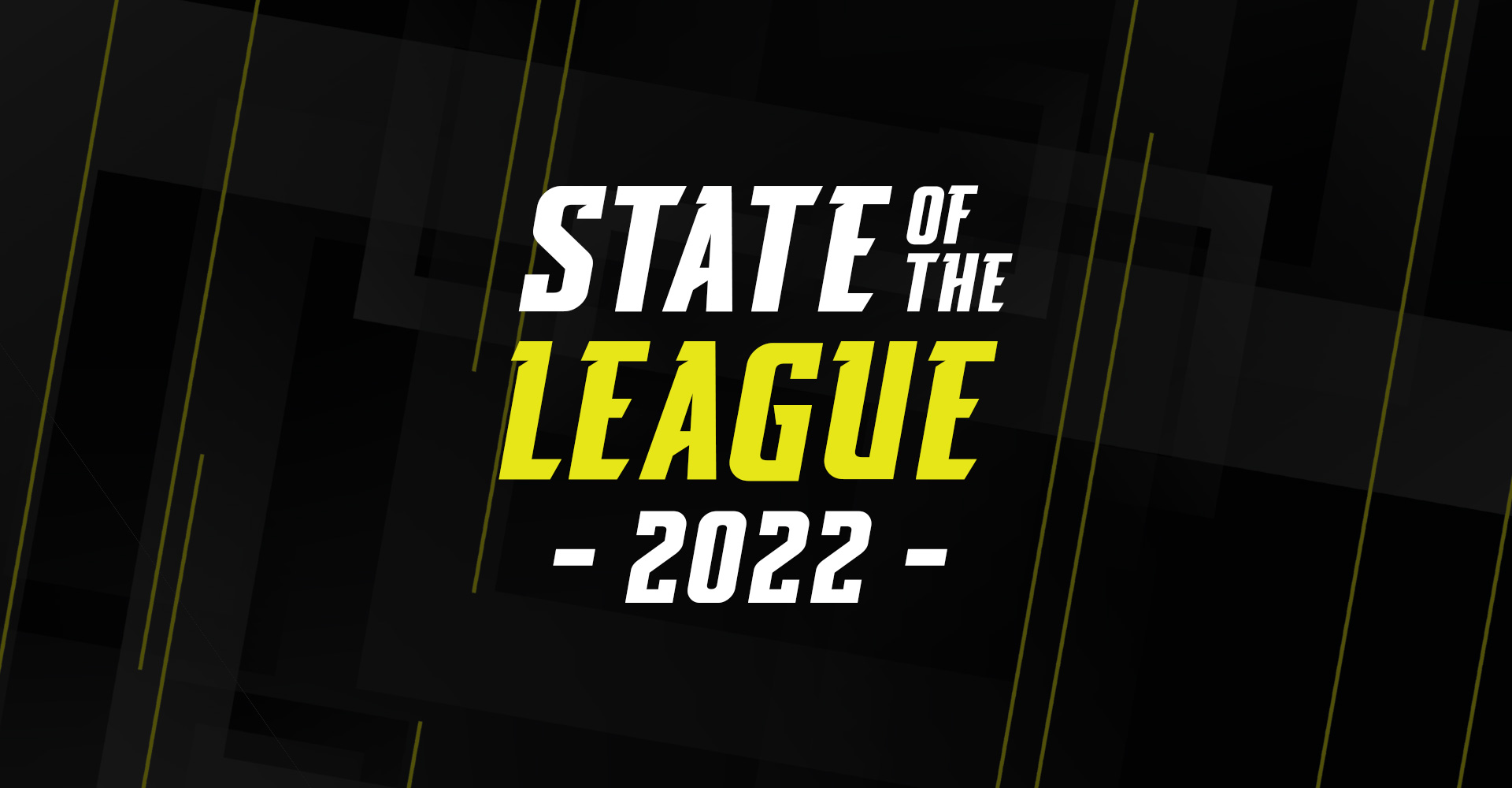 By cindy@saltandseawebdesign.comSeptember 16, 2022January 13th, 2023No Comments

The months and years of preparation that preceded the 2022 season combined with the delays caused by the COVID-19 outbreak truly were the greatest professional challenge of my career and certainly tested the conviction of our athletes, coaches, and staff. Our inaugural season of 2020 which we were incredibly excited about was forced to cancel a mere thirty (30) days prior to kickoff as COVID-19 would shutdown all of sports and life in March 2020. Despite the 2020 shutdown, we had great expectations for 2021 that not only would the X League make a rebound, so would life in general. Yet once again we would be tested, in Spring and Summer 2021 most of our host arenas were either still shutdown or open to very little attendance, which led to another season having to be canceled. This was the crossroads moment of either electing to continue to put in long days at the office and sustain a further financial loss or simply bring to an end the dream of the X League. Since making ‘Women’s Football’ not only credible but mainstream has become my life’s mission, quitting would not be an option.

As we pushed forward toward 2022, we faced yet another challenge as every event that was canceled in 2020 and 2021 was rescheduled for 2022 which would greatly limit the number of available arena and stadium dates we would need to produce a full season. We juggled multiple schedule options and many meetings with various host arenas which finally led to being able to negotiate an option to at least be able to produce a condensed season to introduce our product to its future fanbase. Having not produced a season or a single game in nearly 3 years, the last time being with my previous league, I completely underestimated the daunting nature and all of the personnel and infrastructure needed to produce a national league that competes at major arenas and stadiums while broadcast worldwide.

The first task was to assemble what would be a first-year production staff which caused us to face our share of setbacks so it took considerable zen-like patience to continue to develop our front office team, our clubs, and many first-year coaches.

Once our front office structure was built out and our media partners were in place, the time arrived to place our focus on our member clubs working closely alongside our head coaches and teams to provide them every opportunity to be successful. It was also these coaches that kept our athletes engaged and seeing the big-picture throughout our delays and cancellations of seasons.

Opening Night of 2022 was truly an incredible milestone to finally bring our game and its potential to fruition. As the season developed, every game became a reminder of how incredible our on-field product truly is. Numerous fans and media personnel have remarked that no other Women’s Sport compares to the X League in relation to the play on the field, its intensity, passion, and emotion.

As our season continued there were teams that struggled as is the case within any sports league, much less a league in its inaugural season, however, most of the league shined under the worldwide spotlight. In reflecting on our season I will remember a Denver Rush team that fought until the final whistle despite the scoreboard as well as the resilience of our Los Angeles Black Storm to end their season with an incredible effort, and certainly our Playoff teams that played two of the greatest Women’s Football games I have ever witnessed. Finally, our X Cup showcased our two undefeated teams who both came into the X Cup with a magical season and yet only one would be able to culminate the ‘perfect season’. Congratulations to the Atlanta Empire who reached our biggest stage and certainly had a lot to be proud of, with an amazing core roster I fully suspect Atlanta will be in contention in 2023. However, the story of the 2022 season were the Chicago Blitz, a team that not many projected as being in contention for the X Cup. The franchise’s strongest pillar proved to be head coach Sid Lewis who has developed one of the best franchises in the league and a team that was honored as our “Team of the Year’ because of their bond and commitment to the game as well as each other. Congratulations to our 2022 X Cup World Champion, Chicago Blitz, you will now forever be remembered in our history books.

I learned many years ago that you will only get as far as the quality of the people that surround you. Changing the trajectory of America’s No.1 sport for generations to come is a significant task and one that has never been attempted at this scale prior. If we are to have any chance at truly making history, it’s going to be the people in our league that make it a possibility. This past season showcased a myriad of incredible athletes and human beings that we will build our game around. Stories like a 19-year-old Flag Football legend who many did not expect her game to translate to Tackle Football or a former WNBA high draft pick who would transition to football at its toughest position or a seasoned women’s football player that no one expected to be relevant much less a League MVP at her age. These and so many other stories are what makes our game great, its people.

While September marks the off-season for our athletes, coaches, and teams, it marks the start of our season at the front office. Over the coming months, we will be working diligently to broaden our game’s reach into international markets in terms of our LIVE games broadcast strategy, bringing more engaging products to our fan base such as Fantasy Football and Betting, evaluating our current cities and the exploration of expansion, improving our broadcast and arena GameDay experience with more sophisticated partners, seeking alignment with the media groups, established sports leagues, and investment partners to grow our game.

As we come to the conclusion of our inaugural season, I will always look back at the past 3 years as perhaps our biggest challenge and success.